CMA’s For Your Consideration: Male Vocalist of the Year

Last year the CMA’s finally restructured the nominees in this category by adding two new nominees in Dierks Bentley and Blake Shelton. When awards night came is the underdog Shelton who pulled off the upset to win his first CMA Male Vocalist of the Year trophy. This year has seen plenty of male vocalists who have made big enough impacts to land in this category but we could end up with the usual suspects in this year’s nominations.

Last year Jason Aldean should have received his first nomination in this category but was once again ignored by the CMAs. This year the singer should not only receive his first nomination, but should receive his first win in this category. Jason has visited the top two on Billboard‘s Hot Country Songs chart three times in the past year and has hit number one twice with “Don’t You Wanna Stay” and “Dirt Road Anthem.” The three singles have all been certified platinum for selling more than one million downloads. His My Kinda Party album has been certified platinum and is nearing the two million copies sold mark since its release last November (the best selling album from a male artist within the past year). If Blake Shelton can nab a win with less success then Jason Aldean should be this year’s Male Vocalist of the Year.

Kenny Chesney
After taking a little time away from the road and the business Kenny Chesney came back better than ever. He released Hemingway’s Whiskey last September and it has since been certified platinum. Three of the album’s singles went straight to the top of the charts with the fourth single currently in the top five. He returned to the road with his largely attended Goin’ Coastal tour which featured acts like the Zac Brown Band and Billy Currington as supporting acts. Chesney has won four Entertainer of the Year awards, but has yet to win a male vocalist trophy. I think this year could be his best (and possibly his last) shot to claim a victory in this category. 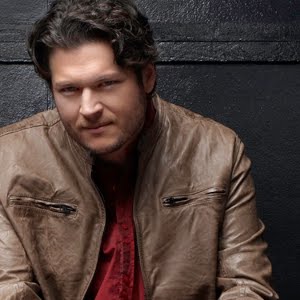 Blake Shelton
The current Male Vocalist of the Year is more than likely going to get a shot at another win this year. This year, Shelton has continued to build on the momentum that began with last year’s “Hillbilly Bone.” He’s charted three more number one songs with “All About Tonight,” “Who Are You When I’m Not Looking,” and “Honey Bee.” His Red River Blue album debuted at number one back in July and has continued to be a top seller since its release. 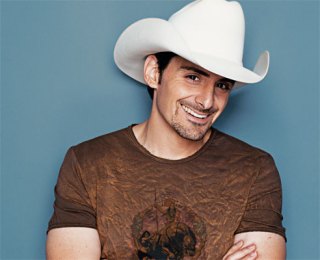 Brad Paisley
A Male Vocalist category wouldn’t be complete without Brad Paisley’s name in the list of nominations. Paisley has charted five singles from July of 2010 til now and four of them have hit number one. “Water,” “Anything Like Me,” “Old Alabama,” and “Remind Me” have helped Paisley amass 18 number one singles. His 2011 album, This is Country Music, has been certified gold since its May release and debuted at number one on the country albums chart. The current Entertainer of the Year is once again a popular touring artist and is currently touring in Europe.

Keith Urban
Last year Urban barely snuck into this category, but this year he would have earned a nomination. The singer has hit the top two on the singles chart three times this year with “I’m In,” “Put You In A Song,” and “Without You” (which hit number one). He released his Get Closer album back in November and has seen it receive a gold certification since its release. A fourth Grammy award win is only going to help his chances at squeezing by artists like Chris Young and Luke Bryan for the fifth spot in this year’s race.

Chris Young – Chris is currently on a run of four straight number one singles and could snag a nomination in the Single of the Year category for his smash hit, “Tomorrow.” His Neon album sold nearly 100,000 copies in its first week of release (it has since passed that mark since July).

Luke Bryan – Luke has snagged three consecutive top five singles with “Rain Is A Good Thing,” “Someone Else Calling You Baby,” and “Country Girl (Shake It For Me).” His Tailgates and Tanlines album debuted at number one on the country albums chart and he’s readying his first headlining tour.