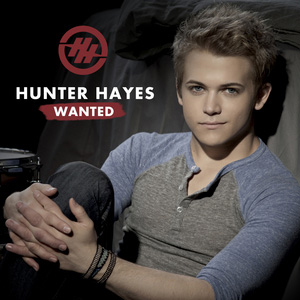 With his debut single “Storm Warning,” newcomer Hunter Hayes gained a wave of momentum after the song hit the top 15 at country radio. That momentum led him to his first ACM nomination and a spot on Carrie Underwood’s upcoming Blown Away Tour. Trying to keep that momentum going, the singer is hitting country radio with the second single off his Hunter Hayes album. How does “Wanted” compare to the album’s solid debut single?

“Storm Warning” showed us the fun and witty side of Hunter Hayes. With “Wanted” the singer goes the complete opposite direction by giving us a peek at his softer, more romantic side. You won’t find metaphors about storm warnings and tornadoes here; instead you’ll find a straight forward love song that is simple and to the point.

Unfortunately being simple is the song’s achilles heel. The lyrics from Hayes and co-writer Troy Verges are rather amateur and bland. From the opening verse which includes lines about the narrator’s need to have his love interest around all the time to the chorus about making sure his girl feels “wanted,” there’s hardly any substance given to make me jump off my feet. Are the lyrics bad? Not necessarily, but the simplicity leaves me wanting more than what’s given.

What I do like about song is its simple production. The beautiful piano filled opening is met with a light guitar melody during the chorus which create a rather stirring mood that resembles the romantic nature of the lyrics. Even during the song’s climax the production is kept relatively quiet and controlled allowing the vocal performance to be the focal point. It’s no secret how talented Hayes is as a musician but here we get a peek at how talented he is vocally. He quietly delivers the verses and then gets more aggressive during the chorus and the song’s bridge. He does a superb job at controlling his vocal performance to match the changes in dynamics as well and never letting the production outshine him.

Just like “Storm Warning,” “Wanted” is a rather solid song that will probably satisfy Hunter Hayes’ young fans who will send this song up the charts.

You can view the video for the song (which is in black and white, does it get any more bland than that?) below!