CMA’s For Your Consideration: Entertainer of the Year

Tomorrow morning nearly every country music artist will be up early to watch the announcement of the 45th Annual CMA Awards nominees. The Band Perry and Jake Owen will appear live on ABC’s Good Morning America to announce the big categories while Thompson Square, The JaneDear Girls, and Jerrod Niemann will announce the remaining categories in Nashville. This past week we’ve been offering our predictions on who we think will land nominations in the major categories, but we’ve saved the biggest award for last…Entertainer of the Year.

Last year’s Entertainer of the Year category turned out to be the most controversial category of the night. After years of including Kenny Chesney, Brad Paisley, George Strait, Keith Urban, and one lucky nominee, the CMA’s decided to include three first time nominees in Lady Antebellum, Miranda Lambert, and Zac Brown Band as well as veterans Paisley and Urban. After predictions of a Lady A or Lambert upset, it was Brad Paisley who, after six failed attempts, finally took home the night’s biggest prize for the first time in his illustrious career. This year’s race is another wide open year as any of our predicted artists could take home the award. Here are the five artists we think have a shot at landing a nomination tomorrow morning. 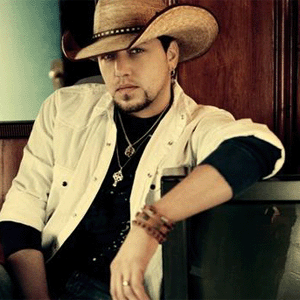 Jason Aldean
After receiving his first ever Entertainer of the Year nomination at this year’s ACM awards, Jason Aldean could enter this year’s CMA’s as the front runner to win the night’s highest honor. The singer has another platinum selling album in My Kinda Party as well as three straight platinum-selling, top two singles. His duet with Kelly Clarkson, “Don’t You Wanna Stay,” helped him crossover onto the Adult Contemporary charts for the first time in his career. His My Kinda Party tour has played to hundreds of thousands of fans over the past year, making him a top concert draw. Along with the album, singles, and touring successes, Aldean has appeared on numerous talk shows as well as American Idol and performed at this year’s MLB All-Star Game. Entertainer of the Year is all about how well an artist represents country music, and no one has done it as well as Jason Aldean this year. 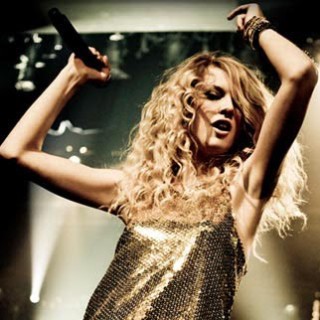 Taylor Swift
After surprisingly being left off the Entertainer list last year, Taylor Swift will no doubt be back among the nominees this year. Her 2010 album, Speak Now, sold over one million copies…in its first week of release! The feat is a rarity in country music considering the last artist to move over a million copies of an album in one week was Garth Brooks when 1998’s Double Live made its way into nearly 1.1 million homes in its first week. The album’s first three singles all peaked within the top 3 on the singles chart and all have been certified with either platinum or gold certifications. The country pop star is currently in the middle of her sold out Speak Now World Tour which is the most attended country concert tour of the past year. After claiming her first ACM Entertainer of the Year trophy this past April, the 21 year old could walk away from this year’s CMA’s with her second Entertainer trophy. 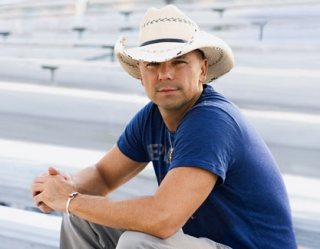 Kenny Chesney
Kenny Chesney has won this award four times in his career, but in 2010 he didn’t have a chance to win his fifth as he was left off the list of nominees. This year, he’ll not only be back on the list of nominees, but he’ll also have a great shot at winning that history making fifth Entertainer title. The singer’s Hemingway’s Whiskey album has been certified platinum for sales of over 1 million copies. The album’s four singles have all peaked inside the top five with “The Boys of Fall,” “Live A Little,” and “Somewhere With You” all hitting number one. After taking a year off from touring, Chesney returned to the road on his Going Coastal tour which has once again played to sold out arenas and stadiums all over the country. Kenny also had a hand in producing and narrating a documentary for ESPN about University of Tennessee quarterback Condredge Holloway. After claiming four wins in the last 7 years, this could possibly be Kenny’s best (and maybe last) chance to win his fifth Entertainer trophy. 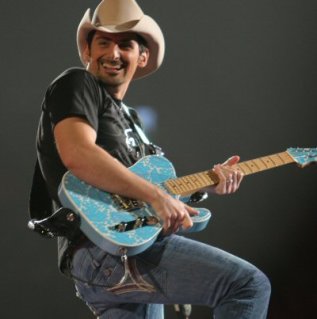 Brad Paisley has once again delivered a hugely successful year. He released two albums, Hits Alive and This Is Country Music, which have both been certified gold. He’s sent four more singles to the top two of Billboard‘s Hot Country Songs chart as “Anything Like Me,” “Old Alabama,” and “Remind Me” have all hit number one while “This Is Country Music” peaked at number two. Paisley has continued to be a concert draw as his H20 Frozen Over tour has continued to pack arenas and pavilions across the nation and has even taken him overseas for a series of shows. He’s had a huge hand in globalizing country music along with artists like Lady Antebellum and Taylor Swift. The fact that he’s co-hosted the show for the past three years and is getting ready to share hosting duties with Carrie Underwood for a fourth year in a row isn’t going to hurt his chances at landing another nomination in this category.

Zac Brown Band
The Zac Brown Band have emerged as the new top group in country music. After being overshadowed by Lady Antebellum last year, they’ve broken out this year and are ready to take the next step in becoming country superstars. This year they’ve seen their You Get What You Give album receive a platinum certification after its release last September. The band has also continued their amazing run at radio by adding four more number one singles to the group’s impressive resume with “Free,” “As She’s Walking Away,” “Colder Weather,” and “Knee Deep.” In addition to performing their own series of headlining concerts, the group toured with sure-to-be-fellow Entertainer nominee Kenny Chesney as he invited them to play all his stadium shows this year. ZBB also added a second Grammy award to their mantle as they walked away with the Best Country Collaboration with Vocals award for their duet with Alan Jackson, “As She’s Walking Away.”

Keith Urban – Since his win in 2005, Keith has been among the nominees every year. This year could see him off the list as his chart success wasn’t as strong as the five artists mentioned above. However, with a run of top five singles and a new album released within the past year, Urban could bump one of the five artists out of the category.

Carrie Underwood – Her Play On Tour was one of the biggest in terms of audience as well as production as it included one of the most elaborate productions a country concert tour has seen in quite some time. However, with no album or single release this year, the tour alone might not be enough to vault her into this category.