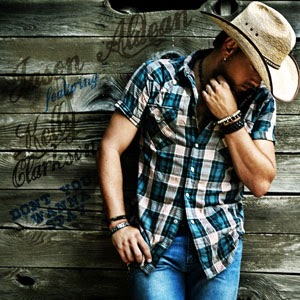 This week saw an album debut at number one on the Country Albums while the juggernaut called “Don’t You Wanna Stay” spends a second week at number one on the Hot Country Songs chart. Find out which album made an impressive debut as well as what else went down on the charts in this week’s Chart Flash.

Aaron Lewis is the newest artist to migrate to the country genre. Many know him as the lead singer of the rock band Staind. His first country album, Town Line, sold an impressive 37,600 copies to debut at number one on the Country Albums chart. Spending another week in second is Jason Aldean with his near platinum selling smash, My Kinda Party. After basking in their Grammy glow the past two weeks, Lady Antebellum’s Need You Now slips to number three this week. Taylor Swift’s Speak Now is number four this week while Zac Brown Band’s You Get What You Give rounds out the top five country albums.

Next week is sure to see a shakeup among the top five as we’ll see the debut of Sara Evans’ latest release, Stronger.

Over on the Hot Country Songs chart, Jason Aldean and Kelly Clarkson retain their number one single as “Don’t You Wanna Stay” spends a second week at the top. Staying put at number two is Brad Paisley’s “This Is Country Music” while Billy Currington’s “Let Me Down Easy” jumps up two spots to number three. Leaping into the top five at number four is Thompson Square’s “Are You Gonna Kiss Me or Not?” which jumps up three spots from number seven. Rounding out this week’s top five country songs is Blake Shelton’s “Who Are You When I’m Not Looking?”

This week saw only one song make its debut and that is Little Big Town’s “The Reason Why” which comes in at number 59 this week.

Next week should be an interesting week as we could have a new number one song as well as a new number one album depending on if fans backed up Sara Evans during her release week and if radio is loving “This Is Country Music.” Find out what goes down in next week’s Chart Flash.