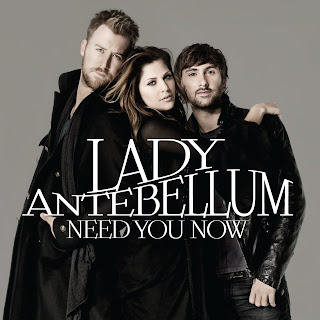 Last week saw Lady Antebellum and Blake Shelton reign surpreme on Billboard’s country music charts. This week, one of those artists was overtaken while the other held onto the number one position on their chart. Find out what happened in this week’s Chart Flash.

This week’s Country Albums chart is once again topped by the best selling country album of 2010, Lady Antebellum’s Need You Now. The album moved another 28,000 copies this week as it continues to relish from the Grammy effect. However, early numbers are showing that the week’s number two album, Jason Aldean’s My Kinda Party, will move up into the number spot when the new numbers come out. Coming in at number three is Taylor Swift’s Speak Now while the Zac Brown Band’s You Get What You Give comes in at number four. Rounding out the country’s top five albums is Rascal Flatts’ Nothing Like This.

Over on the Hot Country Songs chart, after two consecutive trips to the number two spot, Jason Aldean finally nabbed his fifth number one single of his career as “Don’t You Wanna Stay,” his duet with Kelly Clarkson, climbed up to the top spot. Climbing up one spot to number two is Brad Paisley’s “This Is Country Music” while Taylor Swift’s “Back to December” climbs up two spots to number three. Falling three spots to number four is last week’s number one, Blake Shelton’s “Who Are You When I’m Not Looking?” Rounding out the top five country songs is Billy Currington’s “Let Me Down Easy” which climbs up one spot this week.

This week saw only two songs make their debuts which are led by The Dirt Drifters’ “Something Better” at number 56 followed by Joanna Smith’s “Georgia Mud” at number 59.

Next week should see little movement on the albums chart so the most movement could be seen on the singles chart. Jason Aldean and Kelly Clarkson are trying to hold off strong contenders in Brad’s “This Is Country Music” and Taylor’s “Back to December.” Find out who will be number one in next week’s Chart Flash.