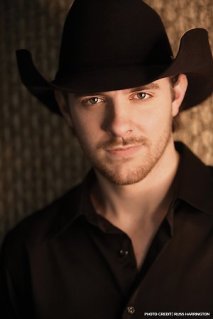 After three weeks of Kenny Chesney and Taylor Swift ruling the Billboard country charts, this week saw both of them fall from the top to make room for new occupants. Find out which two artists replaced Chesney and Swift atop the charts in this weke’s Chart Flash.

After being stuck behind Taylor Swift’s Speak Now for the past 14 weeks, Jason Aldean’s My Kinda Party finally rose to number one by selling 26,875 copies, which was less than 100 copies more than Speak Now which fell to number two. Coming in at number three is the Grammy nominated Need You Now by Lady Antebellum which continues to move over 17,000 copies a week a year after its release. The Zac Brown Band’s You Get What You Give comes in at number five while Rascal Flatts’ Nothing Like This rounds out the top five selling country albums in the country.

Next week could see a bit of a shakeup as the debut album from husband and wife duo Thompson Square is expected to make its debut in the top five and could become number one. Also, this Sunday’s Grammy awards could boost sales for nominees Lady Antebellum, Miranda Lambert, and Zac Brown Band.

On the Hot Country Songs chart, Chris Young scores his third straight number one single as “Voices” jumps from number three to the number one spot this week. Young also reached the summit with his last two singles “The Man I Want to Be” and “Getting You Home.” Falling down one spot to number two is Kenny Chesney’s “Somewhere With You” while Luke Bryan’s “Someone Else Calling You Baby” returns to the top three this week at number three. Moving up one spot to number four is ACM co-host Blake Shelton with his newest hit, “Who Are You When I’m Not Looking” while Keith Urban’s “Put You In A Song” falls three spots to round out the top five singles.