For Your Consideration: ACM Single and Song of the Year 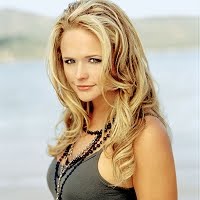 It’s nearing the time when the annual Academy of Country Music awards announces their list of nominees for their annual awards show. Just like we did leading up to last year’s CMA awards, ATC will offer our input on who we think should score nominations in some of the big categories. We’ll begin our series with the Single and Song of the Year categories.

Last year Lady Antebellum’s “Need You Now” swept both the Single and Song of the Year categories beating out hits by Miranda Lambert, Billy Currington, Zac Brown Band, and David Nail in the Single of the Year category as well as hits by Lambert, Currington, Zac Brown Band, and Carrie Underwood for the Song of the Year prize. This year I think they’ll miss out on nominations in these categories in favor of hits by other artists. Here are the songs we think have a chance at landing nominations in one or both of these categories.

“The House That Built Me” – Miranda Lambert (Single and Song of the Year)
Last year Miranda Lambert’s smash hit, “White Liar,” scored nominations in both of these categories and it’ll be a huge shocker if the follow up single, “The House That Built Me,” doesn’t do the same this year. It’s topping nearly every list of Best of 2010 singles in country music and is nominated for the Song of the Year Grammy award. Not to mention the song picked up Song of the Year honors at last fall’s CMA awards. If When the song gets nominated in both categories, look for it to be the clear frontrunner to win.

“Roll With It” – Easton Corbin (Single of the Year)
Easton Corbin’s debut year included two number one singles with the second, “Roll With It,” becoming his early signature song. “Roll With It” was one of the top 10 songs of country music (according to Billboard) and became an instant summer classic. Corbin has a chance to be a multiple nominee this year as he’s also nominated in the Top New Solo Vocalist category and possibly the Top New Artist category.

“If I Die Young” – The Band Perry (Single and Song of the Year)
If there was one song in 2010 that helped put a newcomer on the map in a big way, this would be it. The Band Perry scored massive success with this number one smash single. “If I Die Young” became the group’s first chart topper as well as their first platinum single. The song also nabbed writer Kimberly Perry her first Grammy nomination for Best Country Song. It’ll be a surprise to see this song left off the list of nominations.

“As She’s Walking Away” – Zac Brown Band featuring Alan Jackson (Single of the Year)
This number one smash brought together the Zac Brown Band and Alan Jackson on this amazing song. The song nabbed a Grammy nomination for Best Country Collaboration and would be a frontrunner in the ACM’s collaboration category if it scores a nomination. Prior to this single, I hadn’t gotten why ZBB was so successful because I never understood their songs, but this song made me a fan and I think it’ll score them a few nominations this year.

“Little White Church” – Little Big Town (Single and Song of the Year)
Every year it seems like the ACM’s like to throw in a surprise underdog. Last year it was David Nail’s top five hit that was the only song to not reach number one and this year Little Big Town’s comeback smash could take that spot. This top ten single brought LBT back to life and was one of the summer’s most fun and infectious songs. This would be a perfect selection for the final list of nominees in these categories.

“Temporary Home” – Carrie Underwood
This number one hit by Carrie Underwood could possibly sneak into one of these two categories based on Carrie’s fantastic vocal as well as the good songwriting.

“Stuck Like Glue” – Sugarland
This fun and boundary-pushing song from Sugarland is one of their finest singles. It’s catchy, infectious, and irresistible. This single has a chance to land among the nominees for Single of the Year.

“American Honey” – Lady Antebellum
If this supergroup was to score a nomination in either of these categories, I think it would be for “American Honey” which was another number one hit and was the better written song over “Our Kind of Love.”