With 2010 quickly coming to a close, it’s time for the country blogosphere to put together the all important Best of lists. Just like nearly every other blog, All Things Country will be offering our own Best of lists that include the best singles, albums, and artists of 2010 as well as the Freshman class of 2010. We’ll kick off our Best of Series with our top five favorite singles of 2010. Who will top our list? 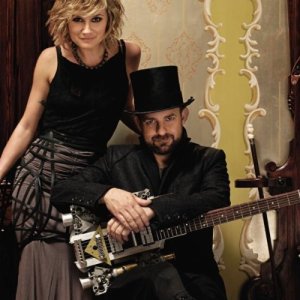 Looking back at all the singles released in 2010, is there any single that was more talked about than Sugarland’s controversial “Stuck Like Glue?” From the unbelievably catchy lyrics (was there anyone who wasn’t singing this song this year?) to the fun and bubbly performance by Jennifer Nettles, this song will probably go down as the most fun song of 2010. To top off an already great song, the duo threw in a reggae breakdown that found Nettles slightly rapping to the sound of a reggae melody. Is it country? Of course not but that’s what makes Sugarland who they are. They aren’t afraid to push the boundaries of country music, and they did so fantastically with “Stuck Like Glue.”

4. “Little White Church,” Little Big Town
You can’t ride this gravy train anymore anyways, there’s a price for keeping me, I might be cheap, but I ain’t free, no more calling me baby, no more loving like crazy…til’ you take me down to the little white church

After experiencing little success on the singles chart the past few years, Little Big Town came roaring back this year with their smash hit, “Little White Church.” The song is the epitome of the perfect summer song as the upbeat, bluegrass ditty provides plenty of handclapping and an extremely infectious melody. Once again, the band’s stellar four part harmonies elevate the song to the outstanding level that listeners hear.  The song became the band’s first top 10 single since 2006’s “Bring It On Home” and scored the group another Grammy nomination for Best Country Vocal Performance by a Duo or Group. 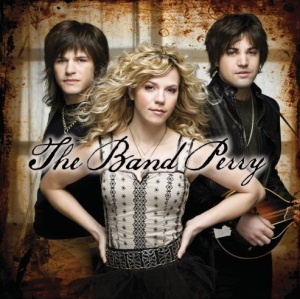 3. “If I Die Young,” The Band Perry
A penny for my thoughts, oh no, I’ll sell them for a dollar, they’re worth so much more after I’m a goner, and maybe then you’ll hear the words I’ve been singing, funny when you’re dead how people start listening
The Band Perry’s sophomore single, “If I Die Young,” quickly struck a chord with country listeners and found itself atop the Billboard Hot Country Songs chart as well as garnering the group their first Grammy nomination for Best Country Song. The song’s theme of how short life can be is one of the best singles from a newcomer this year. Everything from the emotional vocal performance by bandleader Kimberly Perry to the haunting production makes this one of the most thought-provoking songs of the year.

Well hello world, how ya been, it’s good to see you my old friend, sometimes I feel as cold as steel, broken like I’m never going to heal, and I see a light, a little hope in a little girl, hello world
“Hello World” is the fourth single off of Lady Antebellum’s triple platinum album, Need You Now, and is probably the band’s best single to date. The power ballad delivers a message of realizing how it’s easy to take life for granted in the middle of our fast-paced society. The song’s video brings the emotional song to life in a powerful and moving way by tugging at the audience’s heartstrings. The group is enjoying a run of four straight number one hits and look for this song to repeat that success and make it five consecutive number one singles.

1. “The House That Built Me,” Miranda Lambert

I thought if I could touch this place or feel it, this brokenness inside might start healing, out here it’s like I’m someone else, I thought that maybe I could find myself, if I could just come in I swear I’ll leave, won’t take nothing but a memory, from the house that built me
Brilliant. Flawless. Superb. Miranda Lambert’s “The House That Built Me” is without a doubt the best single of 2010 and could arguably be one of the best singles of the decade. Everything from the brilliant lyrics of Tom Douglas and Allen Shamblin to the emotional vocal performance Lambert delivers makes this an all-around masterpiece that could go down as one of the greatest country music songs in history. It’s rare for a song to have such a large impact emotionally like “House” does. This is one of those songs that slaps you across the face and forces you to feel some kind of emotion whether it is a sense of brokenness or a sense of sadness, but it’s nearly impossible to listen to the emotion in Miranda’s voice and not feel something. This is country music at it’s finest.